When an immigrant faces deportation to their home country, they might be able to remain in the United States if they can successfully apply for legal permanent residency, otherwise known as a green card. The United States has several pathways for eligibility, so an immigration removal attorney may help a person understand which route is best for them to take to avoid deportation.

Several types of visas allow employers to sponsor immigrants to gain legal entry into the United States. The immigrants who may be eligible include:

It may be possible for an immigrant who enters the United States under employer sponsorship to adjust their status to legal permanent resident. An immigration attorney can explain how this process works and offer guidance.

Both U.S. citizens and current green card holders can sponsor family members in order to help them avoid deportation. A U.S. citizen may sponsor their spouse, their biological or adopted children, their siblings, or their parents who are residents of another country. A green card holder can only sponsor their own spouse or their unmarried children. If an immigrant is facing deportation and has family members with citizenship status or legal permanent residency, this may provide a path for them to stay in the United States with a green card. An immigration attorney can help them ensure that they are eligible.

The United States can provide visas to shelter individuals who face hardship in their home country or even within the U.S. An immigrant may be able to get a green card if one of the following applies to them:

There are multiple avenues of support for an immigrant who is facing removal to their home country. Talking with an immigration attorney may help an individual identify the best path to apply for legal permanent residency, and the attorney can ensure that their application is submitted properly and in a timely manner. Reach out to a firm like Pope & Associates PC to see if you have a case.

The Duties Of Immigration Attorneys

The Duties Of Immigration Attorneys 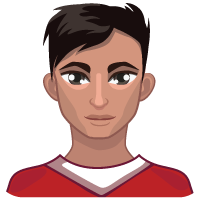